The Ohio Conservatory of Ballet is one of the most highly prestigious ballet schools in Ohio. It was opened in 2000 by couple Inna Stabrova and Dmitriy Tuboltsev. In 2017 Ohio Conservatory of Ballet was awarded Outstanding School Award from Youth America Grand Prix. Both Inna and Dmitriy trained in Russia where they graduated from the renowned State Vaganova Ballet Academy in St. Petersburg. They have both performed in numerous principal roles all over the world, and since their start of teaching, have trained many students to go on to college levels and professional levels of dance.

Our students come from Cleveland, Akron, Green, Wooster, Canton, Ashland and Alliance Ohio to take classes from outstanding faculty that holds diploma of master degree in teaching dance: classical Ballet, pointe, character dance, baroque dance, partnering and more. During the summer session we have students from out of state taking our summer courses in Vaganova method. 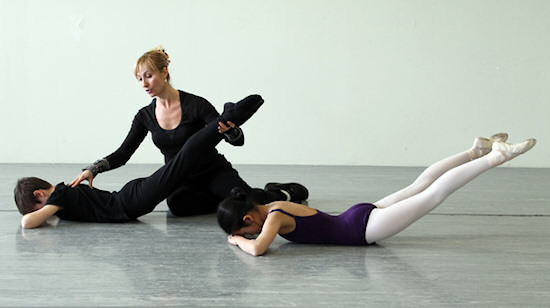 Inna Stabrova is recipients of Best Choreographer award in 2014 from World Ballet Art Competition Grand Prix.
In 2017 Ohio Conservatory of Ballet was awarded Outstanding School Award from Youth America Grand Prix.Inna was also honored recipient of the Outstanding Teacher Award of 2003 at the Youth American Grand Prix competition. In 2007, she received the Dance Teacher of the Year Award at Ohio National Dance Week for instilling in her students a high standard for technique and artistry in ballet. She was also recognized for encouraging and supporting students possessing a degree of uncommon artistic aptitude in 2001-2002 by the National Foundation for Advancement in the Arts. In 2017 Inna was honored to teach audition for Bolshoi Ballet Summer Intensive in  USA, Pittsburgh PH
In 2017 Inna was honored to teach for Kansas City Ballet school faculty Character Dance Teacher Seminar as well as having faculty memebers from North Carolina Shool of the Arts, OK, CA, TX.
Inna Stabrova was invited by principal dancer of Ballet West, Allison DeBona to teach Character Dance classes for her summer program as well as online classes for students of all levels.
In 2020 Inna was invited by Columbia Universtiy Dance Department to teach master classes online (during Covid pandemic lock down.) Inna's contemporary choreography was chosen by Columbia Unversity Dance Departmetn for it performance in December 2020.
2021 Inna Stabrova  Choreographed Character Dances for professional Company Verb Ballets, Cleveland, Ohio

Not only does she have the reputation of being a gifted teacher, but she was an exceptional dancer as well. Inna was a former principal dancer with the Eifman Ballet of St. Petersburg, Russia; Eifman being one of the most distinguished choreographers in the world today. Her repertoire included both contemporary and classical roles. As a principal dancer in Boris Eifman’s ballet company, she seized the opportunity to travel internationally to perform in over sixteen countries, Italy, Germany, Cuba, France, Poland, Iraq, Singapore,Hungary, Austia, Bulgaria, Switzerland, Finland, Serbia, Croatia,Greece, Spain.  Another acclaimed milestone in Inna’s professional dancing career was starring as Viola in the ballet-movie of Shakespeare’s Twelfth Night. This movie won best musical film award in London. Inna’s first education, which laid the foundation for which her former career is attributed, began at the Odessa State Choreographic Institute in Ukraine. in

Inna had the privilege to be accepted to, none other than, The Vaganova State Academy of Ballet and Choreography in St. Petersburg, Russia, where she was taught by a direct line of Vaganova’s students. At this world-renowned institution, she worked diligently towards acquiring a degree. She successfully graduated with her Masters in Choreography. Today Inna embraces the tradition of the Vaganova method as a part of her instructional method while still trying to incorporate some American influences.

In 1990, Inna moved to the United States in the pursuit of initiating a teaching career, which proved to be extensive. Her credits include: The University of Akron (a seven-year duration as a full time faculty member), The Dance Institute of the University of Akron, Cleveland School for the Arts, Ohio Youth Ballet (founder artistic director 8 years) the Ohio Conservatory of Dance, Valley Youth Ballet, Ballet South, Canton Ballet,  Pittsburgh Ballet Theater, N.E. Ohio Dance Festival, Regional Dance America, Media City Ballet, and Central Pennsylvania Youth Ballet, Manassas Ballet Theater. In addition to these teaching credits, Inna shared invaluable experiences co-teaching in accordance with such reputable American dancers as Susan Jaffe, Duncan Nobel, Heinz Poll, Margaret Carlson, Laura Alonso, Alison DeBona,Tarrence Green and many others. After Gradution from Vaganova Ballet Academy, Inna was continue her study for the teaching certification from Bella Ojegova (main Character Dance Teacher at Vaganova in the 80's) Nadejda Tichonova- Vaganova student and teacher of a legent  Natalia Makarova. Inna also continued her study in 1987-1988 with Alla Osipenko.

Aside from instructing, Inna also specializes in choreographing, re-staging work in contemporary, classical, and character styles. She staged her full length ballet "Anna Karenina" for Manassas Dance Company.
Inna and Dmitriy teach  classes and seminars on line for teachers and students, visit web at  www.danceteachonline.com 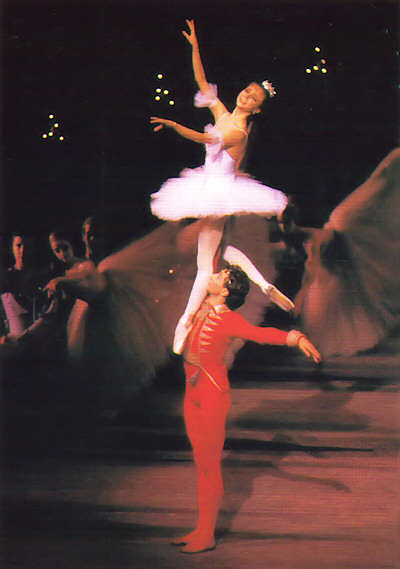 Dimitriy Tuboltsev’s numerous achievements are like a rare collection that should not go without recognition. At the peak of his career he was a former principal dancer with the Bolshoi Ballet under the direction of Yuri Grigorovich. He danced internationally as a principal dancer in various countries around the world, including the U.S. Some of the companies he danced with include: The Bolshoi Ballet, Kazakhstan National Ballet, Leningrad Ballet Theater, "Russian Ballet" Theater, Ballet Theater of Maryland and Ohio Ballet.

Tracing back his education, Dmitriy received his Master Degree of Teaching and Choreography at the Institute of State Theatrical Arts (GITIS) in 1997. Prior to that he attended both the Vaganova State Academy of Ballet and Choreography in St. Petersburg and the Kazakhstan National Ballet Academy. The latter is where he received his Bachelor degree in choreography. This stellar education allotted him the privilege to be instructed by some of the most proficient professors such as Yahroslav Sehr, Konstantin Sergeyev, Mikhail Lavrovsky, Yuri Vladimirov, Boris Blankov, Alla Shelest, Natalia Dudinskaya, Marina Kondratieva, Zizi Jeanmaire, and others.

Dimitriy has even participated in many international competitions and festivals. He was a silver medalist in Malika Sabirova’s National Competition, and at the 7th Moscow International Ballet Competition he received the award of "Best Partner." Likewise, he partook in the Greece International Dance Festival in Athens and in the International Festival of Art in Spoleto, Italy, two exceedingly famous dance festivals. Additionally, he has danced in other prominent galas and concerts such as "40 Years of Victory", "Day of Dance" (Bolshoi Theater), "Memory of Versaladze", and "250 Years of Vaganova Academy." Furthermore, Dmitriy was a member of a cultural delegation of Federal Secretaries of Culture in a signing act between Bulgaria and the new government of Russia.

As for his career in the U.S., Dmitriy performed amidst such American stars as, Amanda McKerrow, Wendy Whelan, Charlie Askihart, Zippora Katz, Robert Hill, and many others. In the U.S. he also collaborated along side reputable choreographers like Eddie Stuart, Geoffrey Hughes, Steven Mils, and Septim Weber. 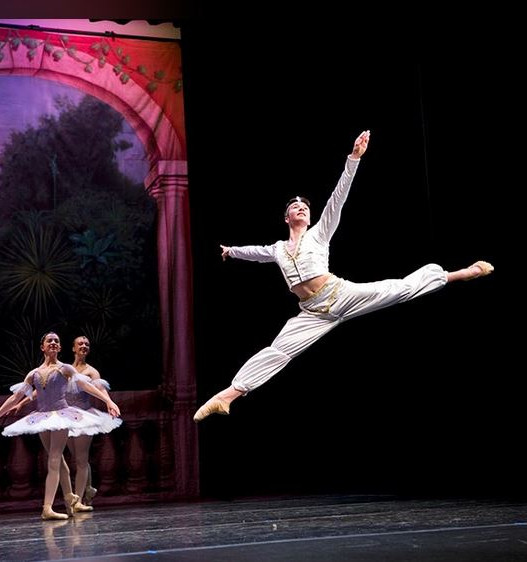 Jacob is a student from the Ohio Conservatory of Ballet and a member of the Stabrova youth Ballet Company.
He performed lead roles in Classical and Contemporary repertoires.


Ms. Nina
Contemporary Dance Instructor.
Nina's first year of  teaching with OCB, she is very talneted dancer and giving teacher.
Nina was a studnet of Ohio Conservatory of Ballet  and Center Stage Dacne Studio.
Nina was a numerous time competition winner. She also recieved a  2nd place for  large ensamble group winner for YAGP/ 2017,Pittsburgh/ invitee to International competition for  in NY finils.